MEMORIES FROM A NEW EXPERIENCE

Traveling up to St. Louis for the National High School Journalism Convention was a frigid, entailing experience.

This year, I had the opportunity to fly up to Missouri for a little more than three days to attend a student-based journalism convention with twelve of my fellow classmates. The conference was held from Thursday, November 9, to Sunday, November 13. We flew up the Wednesday before.

The anxiety and the adrenaline hadn’t hit me until 6 pm that Wednesday, right before we went to board the plane. The two-hour flight was filled with nerves, not from the turbulence and sitting in the back of the plane, but nerves from not knowing what to expect.

I don’t remember much after we landed— I was about to conk out for a few hours— but I remember waking up the next morning, ready for the day ahead of me.

On Thursday, we woke up and got ourselves ready for small lessons sprinkled throughout the day. Jack and I went to the International Photography Hall of Fame—and we were the only two students who went on the tour. We spent an hour looking at the people who received recognition and got inducted into the museum. After that, we went on a trip to the St. Louis Zoo, led by photojournalist JB Forbes. We visited and took pictures of penguins, lions, giraffes,  turtles, monkeys, you name it. JB taught us different exposure settings and ISO manipulation for different settings—for example, the penguins were held in a very dark cave-looking habitat, and the light was from luminescent lights, whereas the lions were outside and the light came from the beaming sun. 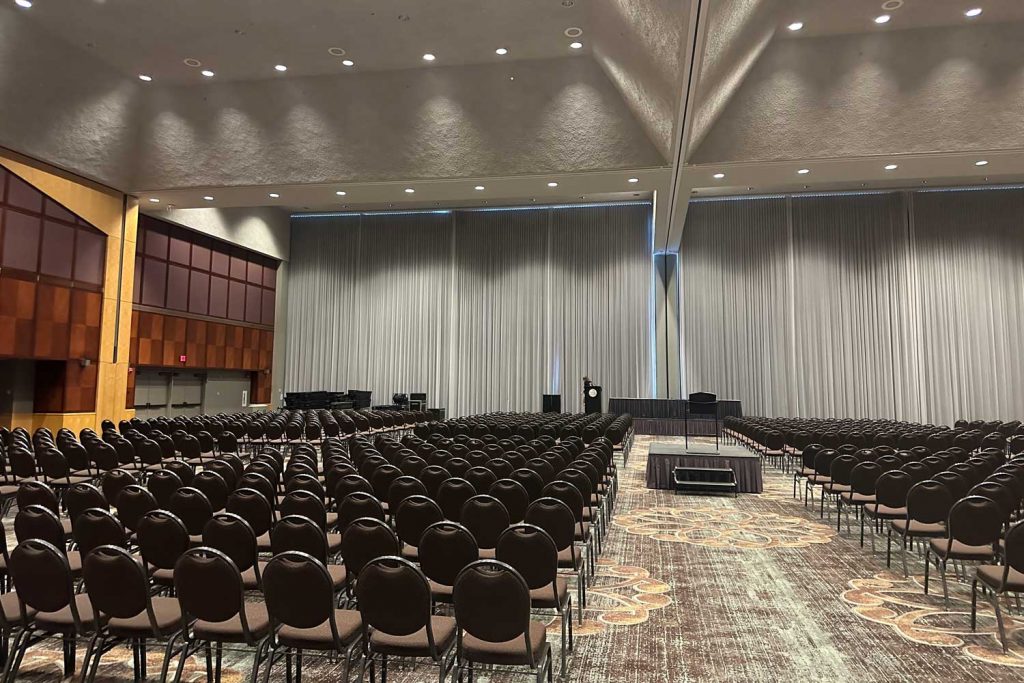 The tiny figure at the podium is me, seeing what it would be like to speak to 4,000+ high school journalists.

Classes were held the next day. There was an arrangement of lessons ranging from photography, to video broadcast, to leadership, to general interest in journalism. I went to “Why Facts Matter,” where we learned about how important fact-checking is. I also tagged along in classes that taught about sports coverage, mods (little stories that go on the same page as a bigger story/the main story), exposure understanding, and what you should absolutely never do in journalism.

The final twenty-four hours was slow moving, and I think it went slowly because I did not wake up normally and I didn’t drink any caffeine.

There were still classes being held, but we (the Strath Haven yearbook staff) had a yearbook critique. I love getting work critiqued. The guy who judged our “Take Two” yearbook was very kind, and I saw a vast difference between the critique of the year before and this year’s book.

After that, my adviser and co-EICs presented a class, titled “Make Clubs Count.” There were maybe 7-10 people who attended (not including the 11 Haven students and adviser who sat through the crowd to support us), but it was an honor to be up there and speak to people across the nation. Not many of the other programs who attend NHSJC are club-based, but we were able to connect with a few of them.

We left St. Louis that Sunday morning. Although I was nervous, I am so glad I went. I’m extremely thankful for this opportunity, and I hope Strath Haven allows students to continue going to NHSJC. 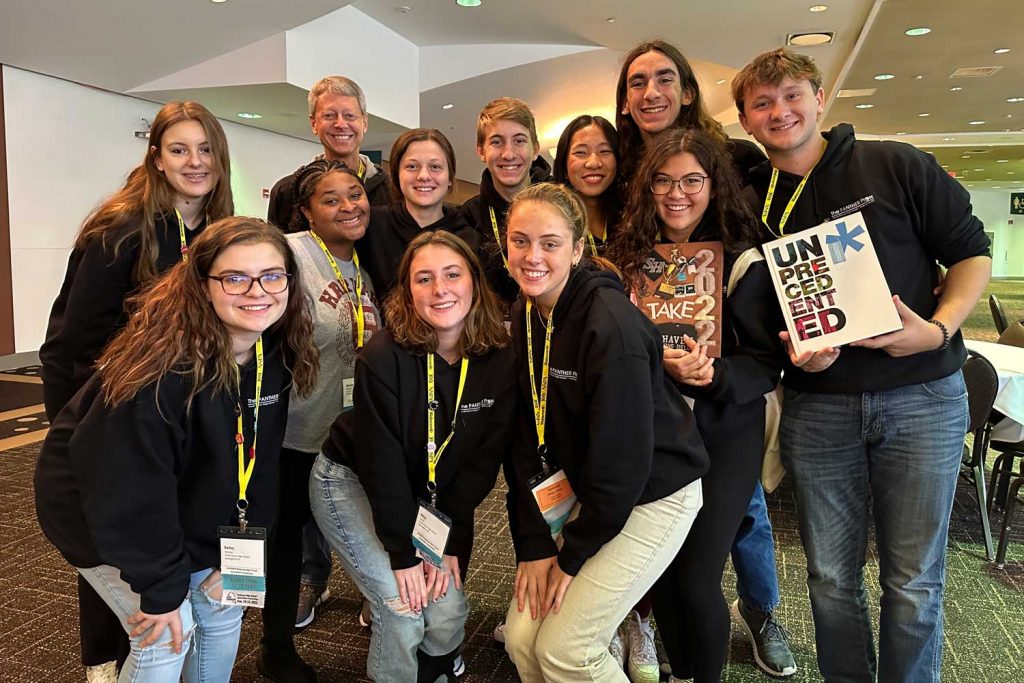 Our team celebrating with reviewer Jim McCrossen after our yearbook critique