Attending the National High School Journalism Convention was an experience I’ll never forget. The trip was filled with firsts. I made many new friends and became closer to those I already had.

Walking through the Philadelphia airport, I was intimidated by all the instructions being given to me. The last time I had been on a plane was when I was a baby, so I have no memory of the experience. My mom says I bumped my head and cried a lot. At the start of TSA, I fumbled the bins, trying not to hold up the line while doing everything right. As I was about to step through the metal detector, a TSA agent shouted at me. He held up my water bottle, signaling there was water still in it. Once through the trials and tribulations of Airport security and bag checks, we loaded onto the plane. I had significant jitters as I asked Georgia every five seconds, “are we on the runway now?” Once we were in the air, I was amazed. Before leaving for the Airport, my dad had told me, “when you’re on the plane, don’t forget how crazy it is that you’re flying,” and I see what he meant.

On the train in St. Louis heading to the hotel, overwhelmed by the new city and surrounded by like-minded people, I was excited for the days ahead.

Thursday morning, we were greeted by an actual breakfast complete with Cholula hot sauce (not sponsored but seriously, cholulus is so good). When I heard there would be breakfast at the hotel, I pictured plastic-wrapped muffins, so this was a welcome surprise.

At the workshop that day, I immediately introduced myself to as many people as possible. KP told us beforehand that a past student who had attended NHSJC advised us to talk to as many people as we could. I met two guys from Illinois, Roby and Robbie. (Yes, Roby’s name is pronounced: “Robey.” I thought they were messing with me at first, but nope that’s his real name.) The three of us produced a news package together. At lunch, I met with some yearbook friends and tried to find food. AuBonPait was the only place open, and the food was very mid. In contrast, the Strath Haven team went to a Thai place near the convention center that night. I’ve never liked Thai food that much, but this was good.

I woke up early on Friday and used a flashlight to find my stuff in the dark room where Jack was still trying to sleep. Again, breakfast drenched in the hot sauce was a great way to start the day.

I entered the editing competition, intimidated until Micah sat beside me. In my experience, finding guys in the broadcast world who aren’t entirely snobby about “their way” or what codec is “right” is problematic. Throughout the competition, my new friend and I answered each other’s questions and encouraged each other. I later proposed to Micah during the convention-wide trivia game. I spotted him from across the room, and we ran into each other’s arms. I got on one knee and presented my snap code. Kelly commented on my post later, “Sylvan and Micah’s story makes me tear up.”

Roby, Robbie, some guy named joey, Micah, and his girlfriend Emily are now good friends with the Haven kids that attended the conference, and we all still talk to them.

When we descended the arch in St. Louis, Jack, Kelly, Gray, Georgia, and I were loudly singing Billy Holiday’s “Solitude.” One of the tour guides, Tony (who deserves a raise because he sang to us), asked us if we were “drunk or just drawlin.” Experiences like these, alongside those who are now my favorite people in the world, shaped the trip for me.

After I returned home, Micah’s girlfriend, Emily, replied to my comment and said, “I never thought such genuine connections could be made so effortlessly.” That was the theme of this experience, and I’m eternally grateful for it. 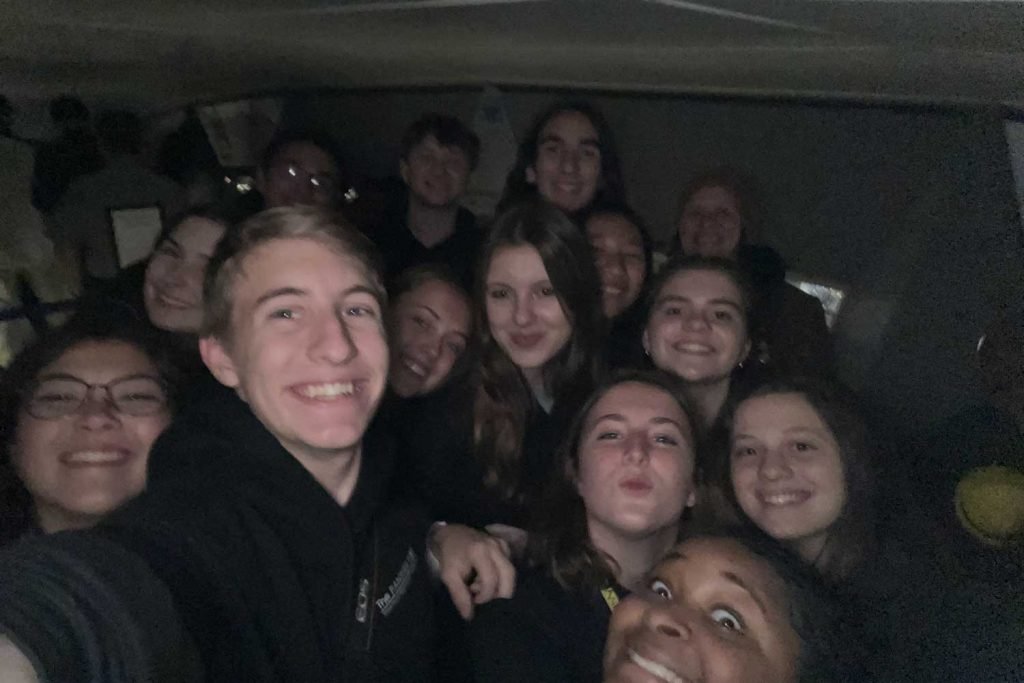 Haven team selfie from the top of the St. Louis Arch