When I was first given this opportunity, I didn’t know what to expect. I immediately started thinking about the pros and cons and was very undecided.

The first convention day was a very chill day end fun. I went to the KMOV station and saw a live broadcast of Great Day Live. It was cool seeing the anchors live right in front of you. One thing I found very cool and funny was that they had their conversation during each commercial break and then, out of nothing, just started reporting. That day, I got to see the station, the control room, and the cameras, which cost $1,000,000, and I got to see the studio.

I also saw the Centene Stadium (CITYPARK), a new soccer stadium they just built for the St Louis team, which is having its inaugural season next year. It is one of the best soccer stadiums in the United States. It has a top ceiling that is made of steel. This type of steel traps sound and makes the inside noise louder, and the outside of the stadium is less affected by the noise.

On the second convention day, we started with breakout sessions. Just from the first two breakout sessions, I learned a lot. I learned more about how a camera works and how to deal with exposure, shutter speed, and aperture. I also went deeper into fact-checking and realised that the more a piece is fact-checked, the more credibility the paper has. I also did a session on interviewing. This session helped me gain more confidence and ensured I knew how to do a proper interview.

On the third and final day, there were more breakout sessions, including one our school taught. On this day, I learned how to do stand-ups. I got a bunch of information on how to understand how to do stand-up, but I also had a record and how to talk. Then, I went to Bold Journalism. Here, I learned more about laws and ethics, which was more interesting than I thought.

Finally, we woke up at 2:50 a.m. to go to the airport and fly back home. This experience gave me many ideas about what to do now with the Panther Press. I can’t wait for the 2024 convention here in Philly! 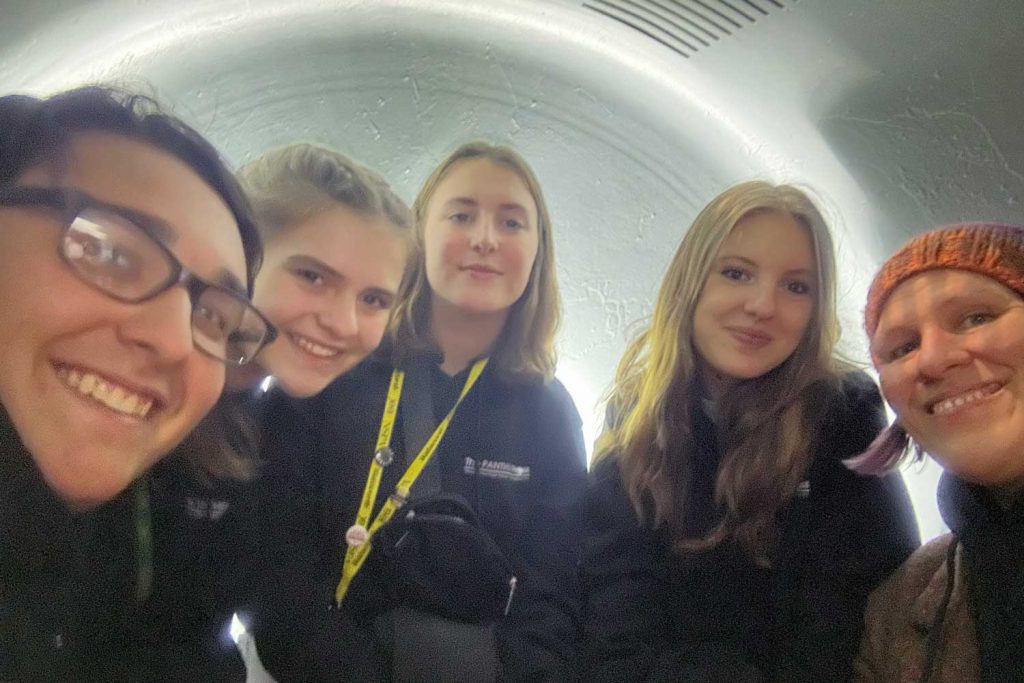 The tram pods to go up the St. Louis Arch really were this small!