When the opportunity arose to attend the National High School Journalism Conference, I had initially dismissed it: not out of disinterest, but the fear that I was painfully underqualified. This anxiety became an undercurrent-like thought in my mind as soon I boarded the plane to St. Louis, and remained throughout the conference.

In the end, however, I’m glad I chose to attend and am beyond grateful for the opportunity to compete, travel, and learn about everything from designing mods to refining journalistic writing. But aside from all of the yerd-ish knowledge gained, perhaps the most thought-provoking takeaway from the trip was not how to be a better journalist, but instead how to acknowledge my anxiety and shortcomings without allowing them to hinder my experiences and actions. 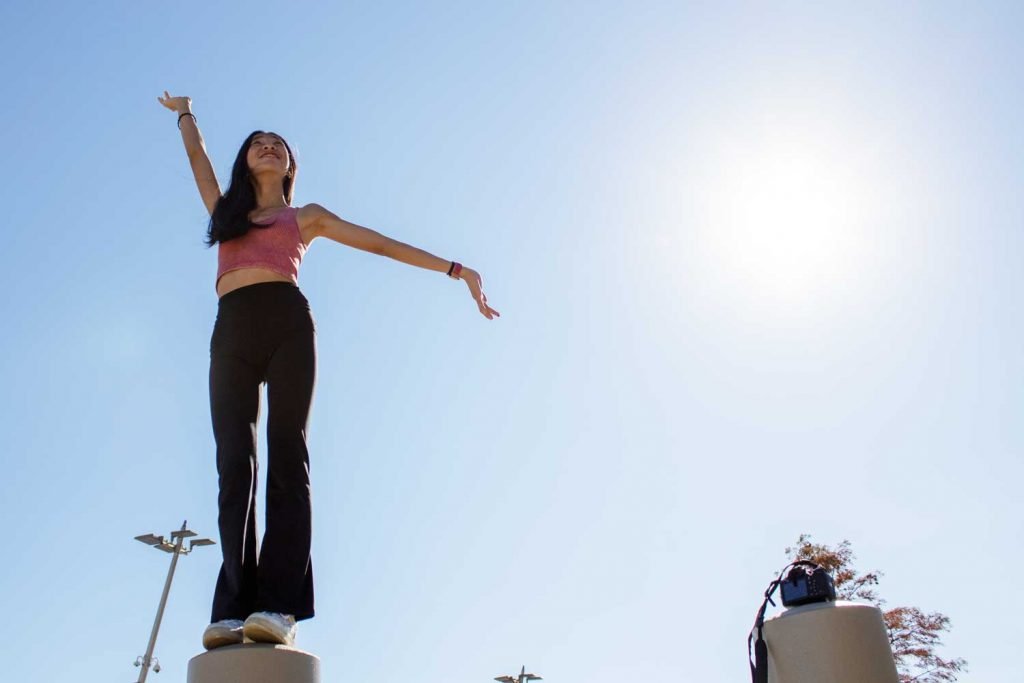 Having only joined the Haven Yearbook staff last year and somehow maneuvering my way into a leadership position this year, I had already developed a lingering sense of imposter-syndrome and anxiety long before the conference, but the idea of meeting with experts and high school journalists nationwide felt foreign and far fetched to me. Even the title of journalist seemed too professional for what I’d been doing. Entering my first session on Thursday was admittedly nerve-wracking — I’d been hesitant to even apply for the Photography Workshop given my lack of experience and seeing the room full of equipment and students didn’t exactly settle my nerves. I honestly felt like I’d just weaseled my way into a class I didn’t quite deserve to be taking.

As the day progressed, however, I began to notice some of the anxiety ease. For one, the class was interesting and informative, and in my desperation to not come off like a fool, I was beyond eager to learn and clung onto the instructor’s every word. There was a certain safety in anonymity: nobody had to know I had no idea what I was doing.

The photo assignment we were given during lunch brought me, along with two other Haven students, to “adopting” Joey, a lone attendee from St. Louis. In our lunch break, mostly spent frolicking and taking photos rather than eating, I was able to see just how amazing the opportunity was to connect with students with shared interests, such as Joey, who turned out to be insanely cool. We both expressed our nervousness over being fairly new to photography, but even just within the two-hour span we had to practice, I could see noticeable improvements in my work and started feeling more comfortable experimenting and actually using the camera instead of cautiously cradling it like a confused child with a newborn.

The caption writing contest brought about another turning point.

Just before the contest, I had been somewhat scrambling to relearn exactly how captions and copies should even be formatted, pouring through old resources in hopes of remembering enough to piece together something that wasn’t outright sacrilegious. Upon receiving the material and beginning to write, however, I started to realize just how much of the fear had been built up in my own head. The packet was perfectly unthreatening and approachable, contrary to what I’d believed, and the writing was both formulaic and intuitive rather than niche and convoluted, and I could apply knowledge from sessions I’d attended and draw on basic writing skills. The process was not arduous or intimidating, and I couldn’t help but acknowledge that perhaps my anxiety about my own capabilities didn’t quite reflect their true nature.

The realization struck me slowly. I’d spent much of the time before the conference and even at the start of the conference feeling rather inadequate, and had failed to see that the objective was to learn and experience new things, not meet some kind of imaginary bar of “good enough to be here.”

The actual fear of executing, whether it be writing or photography, had made the task seem unmanageable, and I began to notice a pattern of starting a task as the most difficult part given the anxiety around it. Even in my lack of experience and knowledge, I came to realize that I knew more than I thought and could learn more by just doing the task regardless of my experience.

Plunging in was a learning experience in itself, and although my anxiety never truly went away, it was eased by the reminder that starting a task was the most difficult part because of how I’d built it up in my head, and that in actual execution, things were often not nearly as intimidating. The conference also turned out to be a great place to meet awesome people from across the country, many of whom I could learn from or share experiences with.

I walked away from the trip thankful to have gone, and although not completely rid of my nervousness, I could recognize the faults in my inertia and remind myself how much simpler things could be if I gave it a try rather than watched and worried from afar.